Where We came from? (Human Origins)

Here on 'Beloved Mother Earth', Humanity has been duped over millennia, by negative (service to self) higher-dimensional (mostly 4D) entities/beings, that have conspired & created the 'control systems' that exist within our convoluted 3D 'prison reality' I.E. the box. These entities have convinced 'unsuspecting souls' to do their bidding, through deception, blackmail, wealth (or the promise there of), along with prestige & privilege.  I believe it's time to wake-up & 'think' outside the box (of these 'low vibration', control systems). So, I encourage all, to use your intentions wisely,  I.E what & who, you give your energy to, discern & integrate information & together co-create a new benevolent reality for all. Remember, y(our) intentions are POWERFUL GIFTS . . . It is so . . . IT IS DONE !
Thank You A..D.. (& fellow Voyagers) for your work, & 'Love of Humanity' (& to YouTube, for sharing) . . . An excerpt : So, what happened a very long time ago on a planet called Tara, about 560 Million Years Ago, there was a race of beings seeded on this planet. The Race was called the Turaneusiam and they were a very, very special Race. They were kind of like the “babies of the Universe”. The Turaneusiam Race was created by taking the genetic strains of all of the other type of beings that existed within all of the other dimensional systems and harmonic universes…taking them and splicing together the best of the best in order to form a super-proto-type. And what the beings who created us wanted to create was a species that could embody not only a Soul, but an Over Soul. It could embody the consciousness of 12 of the 15 dimensions. Most body forms, either here or in the 2nd Harmonic Universe, can only embody within them a certain amount of energy identity. After a certain amount of energy identity is added in, the gene code can’t tolerate anymore. And that’s when the form would transmute and the consciousness would move into and evolve into a state of pure consciousness being, where it no longer needed a biology. The Turaneusiam Race was created to be a “living library” for the 15-dimensional Matrix. It would contain the gene codes of 12, within biology. It would contain 12 levels of dimensional systems. And they were contributors of I think they said, about several hundred million different species contributed gene code product to create this new species. This species was viewed as “godlings”. We were created to eventually become creator gods. And we were revered highly by those other extra-terrestrial and 2nd Harmonic civilizations who wanted to see themselves be able to evolve and expand beyond their own potentials of their species. So we were created with a lot of high hopes. And the Turaneusiams are who we originally were. And this is a surprise to most people cause most people don’t even know the 2nd Harmonic Universe exists. So, about 560 Million Years Ago, the Universe got together, if you wanna look at it that way…different biologies got together and contributed their genetic material to create this super-race of beings. And they succeeded. They created the Turaneusiam Race. They were 2nd Harmonic Beings. There were gender delineations at certain periods of time. There were other periods of time when there was no gender to them. They did not reproduce by mimilla ? means, as we do. They produce through energy replication. They didn’t need to do the mamillion ? thing. They were a very, very special breed in the sense that they had 12-strands of DNA. We have 2-strands of DNA. Can you imagine what it might mean to have the potentialities of 12-strands? What abilities would that give us? What would our minds be like? What would our comprehension, our power, our…what would we be like with 12-strands. Compared to what we know ourselves as now, we would be God-Like. We would have abilities that we could only dream of having now. And that is what the Turaneusiam Race did have... 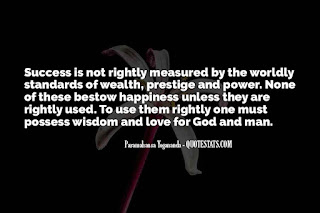 More Than Meets the Eye . . . Thank You 'Diverse Health Services' (Dr. Gill, Dr. Tent) & your entire team, for your work & 'Love of Humanity' (& to YouTube, for sharing) . . .
The devil is in the details ... but the angels are winning . . .
"No Exemptions"...? - Thank You, Dan Dicks (PressForTruth) & your entire team, for your work, & 'Love of Humanity' & to BitChute, for sharing . . .  An excerpt : BC has mandated a vaccine passport province wide with no exemptions for medical or religious reasons. The vaccine certificates known as the B.C. vaccine card will be required at restaurants, fitness centres, casinos, organized indoor events like conferences and weddings, movie theatres, ticketed sporting events and indoor concerts, officials said. In this video Dan Dicks of Press For Truth covers the latest Covid-19(84) news while also providing the most important solution moving forward as we continue to navigate new tyrannical territory each and every day!
Posted by 1 Eye's Blog at 7:11 AM