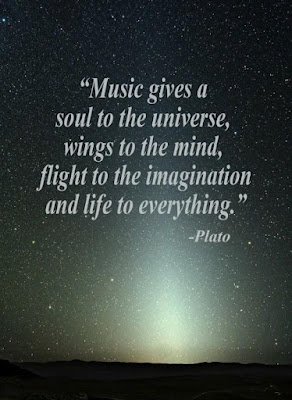 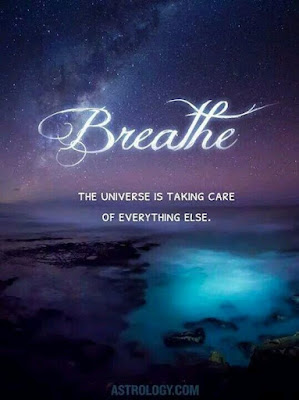 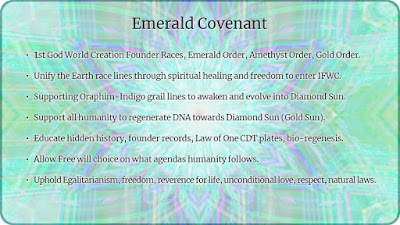 Emerald Covenant (ref: ascension glossary) - An excerpt: Simultaneously, the Emerald Covenant supports the Paliadorian Covenant, which is the eternal promise given to angelic humanity that were originally seeded upon Tara, that their spiritual family will not remain trapped in time and eventually will ascend in order to be returned back to their original spiritual home in the God Worlds. Unfortunately, the extremely advanced AI cube reversal clone technologies and the WesaWesedak entities that are using them, enslave and manipulate the Annunaki and Fallen Angelic lineages as strategic warfare tools designed to explicitly target humans for genetic and spiritual destruction. These groups have acted as Solar Dragon Michael Usurpers, for the purpose of manipulating Awakening humans and routing them into false Channelings and artificial frequency initiations designed to distort the 6D Indigo pattern and reject the authentic Mother Arc blue ray transmission.
An excerpt of the 'Wesa Fallen System' : The Wesa fallen system is a parallel matrix in which massive black hole entities that had been assimilated into AI technology invaded our Universal Time Matrix and started hybridizing and cultivating dimensional hierarchies of Fallen Angelic races to act as their main enforcers and militarized arm for conquering our system. The Wesa Dark Avatar collectives formed alliances with fallen entity factions in our system for the purpose of taking control over the resources and siphoning energy available from living matrices and living beings. Many of the fallen Annunaki and their hybrids originated from the Wesedak system, while the original race lines of the reptilian Draconian species are coming from antiparticle universe called the Wesedrak system. These groups used technology to open wormholes that were blended together to create the power required to attempt to pull the living earth body into the black hole which they would use to power up the Wesa system.
Maharata Shield ... I.E. 12-D Shield (ref: ascension glossary) ... An excerpt (Merkaba Star) : A Six Pointed Star. This geometry means Unity, unity of polarity coming into oneness with God. In the earlier stages of building the divine krystic 12D Shield, the Merkaba Star or Star of David is the symbol code called upon to support the path of energetic synthesis, to bring unity within the lightbody. The Star of David means unity between male and female, the geometry directs balance between the masculine and feminine energies that exist within every human being, whether male or female form. All humans are intrinsically made up of Gender Principle energies, masculine and feminine, of which are designed to come into sacred union or hierogamic union in order to communicate with the highest self, the inner Christos-Sophia light.
Posted by 1 Eye's Blog at 7:45 AM No comments:

Now,  more than ever ...   *** THIS *** needs to be shared   World Wide ... & incorporated in all of education ... Thank You Guyana Chronicle for sharing, 'New High School Principle' (published, May 14, 2017) : An excerpt: We watched high school principal Dennis Prager, along with the Governor General and Peter Mansbridge on TV a couple of weeks ago…. What a dynamic, down to earth speaker. Even though the Governor General and Mansbridge were also guest speakers they did little but nod and agree with him. This is the guy that should be running for our next Prime Minister. 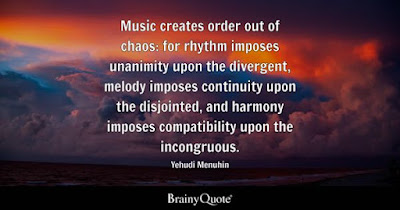 We have been 'mind-controlled' so much, for so long ... that we feel, what we have been told - by the powers not-to-be I.E. the control systems - is the truth ... It's time to discern information, listen to your 'higher-selves' & learn to recognize their 'distorted, inorganic energy patterns' ... & remember, that y(our) truth is found within . . . 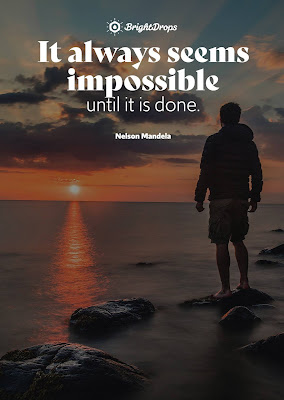 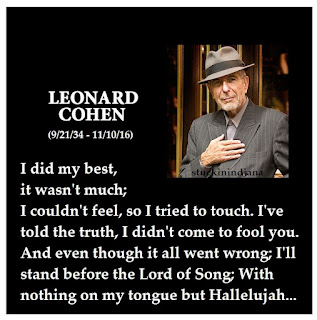 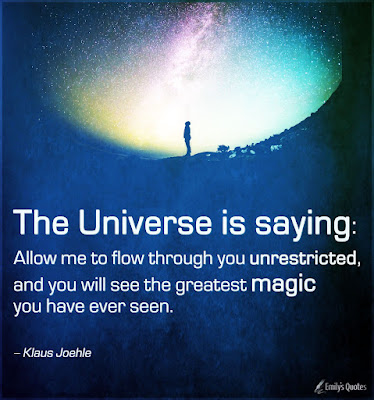 Remember, you are a 'Powerful Being' ... It's time, to 'take back your power' . . .
Awakening the Flame...(Part 2/10) - Thank You A..D..& y(our) Guardian team, for your work & 'Love Of Humanity' ... and to YouTube (The Emerald Covenant), for sharing ... Excerpts: Five Lectures filmed on site during the 3/17-26/2000 Amenti Planetary Shields Expedition to Giza, Egypt and surrounding areas. Lecture-1 3/19/2000- Star-Gates 2000-2017: Orientation to Activating the Giza Complex.
This channel is about the MCEO teachings, and spirutual content of ashayana deane. The Freedom Teachings of the Melchizedek Cloister Emerald Order (MCEO) represent translations of pre-ancient Sacred Science texts that belonged to advanced human races who resided on earth prior to our currently identified historical records. Over the course of history, many aspects of these teachings were lost, distorted or hidden. Their essence, however, remains: the understanding of the intrinsic unity of all life, including the birthright of every living. There is a physics of spiritual identity where spirituality is not just a concept, not just a vague promise of something God once said, but a living promise of energies, the natural way energy and consciousness work within a multidimensional system. Speaker 1: E’Asha Ashayana Arhayas (Known as E'Asha / ashayana deane).
********************************************************************************************
Thank You L..C.. for your music, & to YouTube (LeonardCohen), for sharing ... An excerpt of the lyrics : First We Take Manhattan (Live In London) (Official Video).
They sentenced me to twenty years of boredom For tryin' to change the system from within I'm coming now, I'm coming to reward them First we take Manhattan, then we take Berlin I'm guided by a signal in the heavens I'm guided by this birthmark on my skin I'm guided by the beauty of our weapons First we take Manhattan, then we take Berlin I'd really like to live beside you, baby I love your body and your spirit and your clothes But you see that line there moving through the station? I told you, I told you, told you, I was one of those Ah you loved me as a loser, but now you're worried that I just might win You know the way to stop me, but you don't have the discipline How many nights I prayed for this, to let my work begin First we take Manhattan, then we take Berlin
Posted by 1 Eye's Blog at 9:21 PM No comments: It's Glory Now... my friends ...  You will see it, when you 'Beleive It' ... Thank You to 'English Folk Project' & YouTube, for sharing  'The Diggers Song' ... An excerpt:  The Diggers' Song is a seventeeth-century ballad attributed to Gerrard Winstanley, the founder of the True Levellers group (also known as the Diggers), a radical Protestant political movement.

Motivated by the verse Acts 4:32 - "And the multitude of them that believed were of one heart and one soul: neither said any of them that ought of the things which he possessed was his own; but they had all things common." - the Diggers advocated a form of Christian socialist agrarianism with communal, democratic ownership of land.

Recording credit: Leon Rosselson, If I Knew Who the Enemy Was

This channel is dedicated to preserving the neglected culture of English folk songs in the form of short lyrical videos. The folk songs of the English have been overlooked compared to those of the other British peoples, something that this channel hopes to fix.
Our 'inverted', convoluted reality that we are experiencing - on 'Beloved Mother Earth' - must go ... We (Humanity) have assited in it's co-creation, by giving the 'control systems', our 'uninformed' consent - via their 'mind-control' methods ... I  'DO  NOT  CONSENT'  to our en-SLAVE-ment ... And So It Is ! . . . I en-courage All, to use y(our) intentions wisely ... 'They are powerful' gifts! . . .
'Our Vision' lingers on . . .
The World Turned Upside Down - Thank You B..B.. for your music, & to YouTube (Paste Magazine), for sharing ...   An excerpt:  Billy Bragg - The World Turned Upside Down
Recorded Live: 3/15/2013 - Stage On Sixth (Austin,TX).
Thank You J..M.. for your music (Tear It Down), & to YouTube, for sharing ... 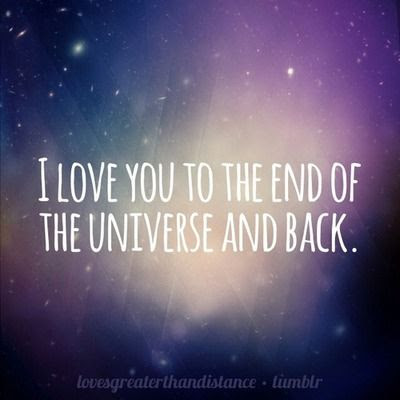