"Where Have All The Flowers Gone" - Pete Seeger.
Today, is a day - to remember the fallen; "the BEST of us"; who have left this world - to be in a better place. WE must not forget, their example, to us. On a personal note, my Dad (Jack - now deceased) was a World War II veteran. A little history - Dad was one (1) of three brothers, born to a life on a dairy farm, near London, Ontario, Canada. When the war came, many young men, avoided enlisting - due to the "farm clause" i.e. if you owned a farm, you weren't expected to enlist. Many farmers would buy small acreages, in their sons name, for such purpose. My Dad felt, he should "sign-up", since his elder brother was too old; and his younger brother had a hernia (and was medically unfit). So Dad went to Chatham, Ontario to enlist. Dad enlisted with the army infantry; and trained in Woodstock, Ontario. During his training, Dad was moved into "Ordnance" - due to his farm experience & ability to fix things. They trained him in "diesel mechanics" and he became a tank expert. Overseas, Dad advanced with the tank corps - repairing/servicing/scavenging parts, etc; to keep the tanks in optimum, operating condition. Dad did not talk about these experiences - until the last years of his life.... He was glad, I didn't have to experience what he had. As a kid growing up, I was privileged to have a Dad, with such "character". One story that comes to mind, as a youngster; happened one evening, when we were in the barn doing chores (an aside - after the war dad became a dairy farmer - he loved farming; me, not so much). Anyways, I was about 9 or 10 at the time & Dad  was letting cows out to pasture, after milking. He noticed a truck at our "line" fence (the fence marking the end of our property) with three men unloading garbage into the ditch. I remember Dad saying "Come-on; Get in the truck!" - I grabbed a "pitch fork" and dad & I hurried to where the guys were dumping, their truckload of junk. Once there, Dad grabbed the "pitch fork" and confronted the men; I stood "sheepishly" 10 feet behind Dad.... Dad said: "You guys would be wise to pick up the garbage and get the "**8%%=+" out of here!" They said: "You look pretty tough, with that "fork"!" Dad then threw the fork, several feet to his left, saying: " I don't need a "fork"". I quickly retrieved the fork.  The men then realized Dad wasn't going to back down, & started to put the junk back in their truck. A lesson well learned, for me - "If you ignore it; you condone it!"  I hope our leaders at all levels of government; take a moment on this day; to appreciate the lesson Dad taught me that evening - long ago. "IF YOU IGNORE IT; YOU CONDONE IT!" We can do much better! Check Out This & 'Stop The Chemtrails'. . . A couple of pictures of Dad & Dad & I in 1968. 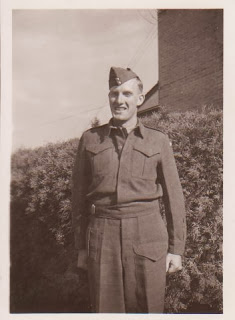 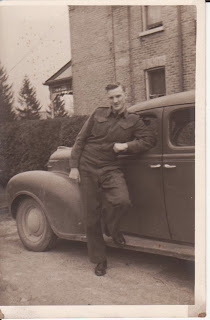 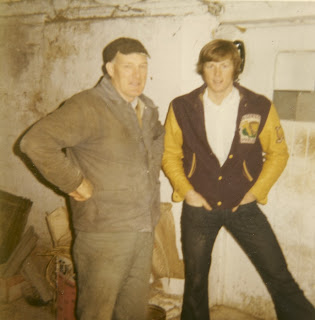