"Ancient Druids, The Knights Templar, The Arc of The Covenant & The Holy Grail"

Today, as “Father Sun” continues to shower YOU & me, and ALL of “Beloved Mother Earth’s” inhabitants with “positrons” - raising Her’s and OUR vibration - I cannot help but give thanks and gratitude for this incarnation. Remember, we chose to be here at this time, to experience and aid in this “GREAT” adventure.  I will tell you a story…… From an early age, growing up on a dairy farm, I was intrigued & played magical games with my Druid, Knight  & Gladiator toy soldier friends. I was also innately passionate about horses - one passion my Dad & I didn’t share……. I think he thought when I became a teenager and more involved with sports & other things, he would be the one who would have to look after them…… Over time though, I convinced Dad to get me a steed – a 14 hand “Hackney pony cross” gelding, named Ginger. Later on, I acquired the use of a 17 hand “Albino Appaloosa” mare (Kim). I rode them often, and because Ginger was so challenging, I acquired (proficient riding) skills, that later on would enhance my motorcycling abilities. You see, riding a horse is like riding a motorcycle – you have to become “one” with the horse (or motorcycle), so-to-speak. To do this, you have to stay centered & balanced over the steed; and steer or maneuver with your knees/legs. The reins/ or handlebars are only used to aid in control/balancing, and direct the steed when going slow. You always had to be ready for a surprise move by the horse (due to many factors). Anyways, as years passed, I became infatuated with the tale of “King Arthur and the Round Table and Camelot” & the search for the coveted “Holy Grail”. I also became enthralled with the Knights’ horsemanship skills. They were able to merge their consciousness, with that of their “battle horse”. They had secret commands (words/sounds/gestures), only known to each other – making it difficult for a captured “battle horse” to be effective, under someone else’s handling. “ horses” knew their Knight’s “vibratory signature”. They were not used as “pleasure horses”; and the same goes for motorcycles - you wouldn’t ride a “cruiser” in a “moto-cross” event. In closing this explanation, it is similar with “motorcycles” (or for that matter, any other piece of manufactured equipment) that are made from “earth’s elements” - they have their “own consciousness” as well  i.e.a lower evolved vibrational signature. That is why we “name” them, “talk” to them, “touch” them & “love” them. They are “real”!……. For the purposes of this writing, the “Kybalion” can be referenced - in an earlier blog post - to explain this phenomena in more detail…….  Moving on….. There are many variations of the Knights Templar story, and the so called “truths” of the “Holy Grail”.….. My belief (my truth) resonates with Grigor Fedan’s – “The Templars, Two Kings & a Pope” writings about “The Knights Templar and the Real Holy Grail”. In it he writes that the “nine founding” Gnostic Templars (in the year 1119 thereabouts) discovered that the “Holy Grail” wasn’t a “chalice” (or a thing); but were the “Gospels of Jesus”.  Over the following centuries the “Knights Templar” succumbed to the “dogma & control systems” of the times – and went into obscurity. Jesus writings were said to contain the “Christ Consciousness” – the perfect 12 DNA template (frequency signature) of the fifth dimension (5D), the “Universal laws” and the fact that we are destined to live in “peace & harmony - and “absolute love”.  Check out Grigor Fedan’s  - “ The Knights Templar and the Real HolyGrail” here. Enjoy! 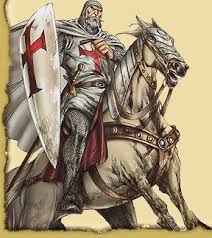 Over one and a half hours of fascinating topics and information. Music by Soul Path, Warrior, WWIII and many others.

From the USA, Michael Cremo, best selling author and researcher, came to present his evidence for the ancient antiquity of mankind stretching back millions and millions of years. From the UK, Philip Gardiner spoke about his experiences at the hands of the sinister order the Holy Vehm. Andrew Collins gives a remarkable lecture on his new book, the Cygnus Mystery, explaining how the radiation from Cygnus may indeed have caused human evolution. Alan Alford is widely recognized as one of the world's leading authorities on the Great Pyramids and he gave a unique exposition of his beliefs. Hamish Miller dowsed around the stage and revealed the earth's power for all to see. Nick Pope is the British "Fox Mulder" and he revealed the British X-Files for all. Then Tim Wallace-Murphy, an international best selling author and world-renowned lecturer spoke about how to crack the symbol code. Crichton Miller revealed the spiritual depths and physical uses of the ancient Celtic Cross and the amazing Robert Feather revealed the Jesus of the Essene and the burial place of John the Baptist.