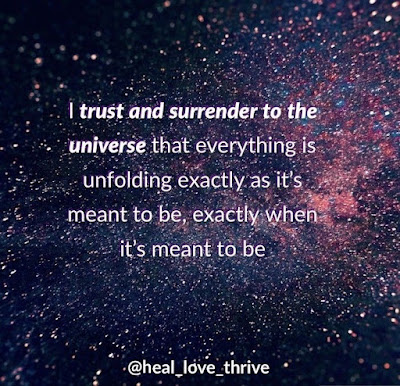 Control of 'their history' . . . Fool me once, shame on you ... Fool me twice, shame on me ...
Why? P..F.. will visit... Thank You 'America - The Jesuit Review', & to YouTube, for sharing ... An excerpt: On July 24–29, 2022, Pope Francis will make a historic visit to Canada, where he will meet with many Indigenous Peoples across the country and issue an in-person apology for the Catholic Church's involvement in the residential school system, which for nearly 200 years waged a cultural war on Canada's Indigenous Peoples. In this episode of Behind the Story, Ricardo da Silva, S.J. hosts Priscilla Solomon, C.S.J. and Gerry Kelly, both of whom have decades of experience in working for reconciliation. Ricardo, Priscilla and Gerry discuss the history of the residential school system, the Catholic Church's involvement, the church's attempts at reconciliation, and how the visit of Pope Francis could further the process of reconciliation with an encompassing apology on Canadian soil.

It's difficult to change this (our) reality, from (within) the 'control systems', that have created it . . . So, ... WE have to change ourselves (from with-in) . . . 'We are the 'ones', we've been waiting for.' . . .
And, 'the rest of the story' ... Thank You S..W.. (&, K..A..), for your work & 'Love of Humanity' ... & to rumble.com (Sarah Westall), for sharing . . . An excerpt:Kevin Annett rejoins the program to discuss the developments with the Vatican and China. According to sources, the Vatican bank is set to fund China's take over of the North American economy. We also discuss the overall cabal plans and how you can fight back and keep your dignity. Learn more about Kevin Annett at https://MurderByDecree.com .
For an 'important' & informative read get 'Murder by Decree ... The Crime... *** HERE *** . . . A brief synopsis: Murder by Decree is an uncensored record of the planned extermination of indigenous children in Canada’s murderous “Indian residential schools”. It is issued as a corrective Counter Report to the miscarriage of justice by Church and State known as the “Truth and Reconciliation Commission” (TRC). Based on eyewitness testimonies and archival documentation deliberately suppressed or ignored by the TRC, Murder by Decree proves that the genocide of indigenous people began as a religion-led campaign and continues to be a deliberate governmental policy in Canada. This Counter Report reveals these startling facts: - Over half of Indian residential school children began dying the very first year these church-run facilities were opened - This huge mortality rate continued unabated for over a half century because of deliberate practices of germ warfare according to a prescribed monthly “death quota” - Evidence of these crimes and their intentional nature has been continually destroyed by the RCMP and the Catholic, Anglican and United Church since at least 1960 - The same genocide continues today, is aimed at indigenous women and children, and is driven by foreign corporate interests hungry for native lands and resources Murder by Decree is issued by The International Tribunal for the Disappeared of Canada (ITDC), an international coalition of jurists and human rights groups. The ITDC was formed in December, 2015 to investigate the disappearance of people in Canada, prosecute those responsible and prevent a further whitewash by Canada of its Crimes against Humanity. This report is an answer to these crimes and an urgent summons to the world and to all Canadians to live no longer under genocidal regimes. Published by the ITDC Central Offices in Brussels and Toronto. For more information: disappearedofcanada@gmail.com
Follow ... The Roots ... Thank You my friend(s) C..O..P.. (& Mark), for your work & books ... & 'Love of Humanity' ... An excerpt: My introduction to “no where to run and no where to hide” began soon thereafter when pedophile priests at Muskegon’s St. Francis deSales Catholic church complicit in MK Ultra Project Monarch flew my father to Boston, Massachusetts for training in how to raise me in CIA/Jesuit mind control at the instruction of Cardinal Bernard Francis Law.

By the age of 6, I sensed there was no where to turn for help, not from my parents, law enforcement, politicians, or even my church. At the age of 9, I was taken to MI Governor George Romney’s mansion on Mackinac Island where I was sexually and mentally assaulted by Canadian Prime Minister Pierre Trudeau. By the age of 13, Romney’s friend US Senator Robert C. Byrd (D.WV), became my brutal owner in trauma-based MK Ultra mind control and granted my father lucrative military contracts in exchange.