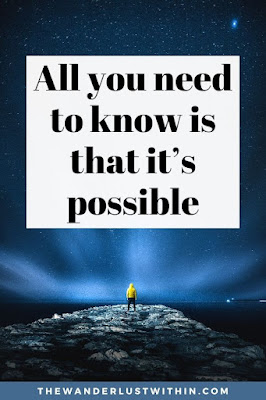 More to Life... Thank You fellow voyagers, for your work & 'Love of Humanity' ... & to YouTube (Voyagers), for sharing . . . An excerpt: In Love & Harmony, my wish is that this song reaches you in the perfect moment. Aquashii

Thank You K..A.. & y(our) entire team, for your work, courage  & 'Love of Humanity' ... & to YouTube (Kevin A), for sharing . . . An excerpt:  New law bans Catholic Church and seizes its wealth in the wake of papal admission of genocide.
Church confiscations to begin September 4 as “Defund Genocide” movement spreads abroad. Diplomats, indigenous groups seek expulsion of Vatican from UN: “Disestablishing the Catholic Church is a legal and moral obligation on humanity under the Law of Nations”. Ottawa, New York: A national law was passed today in Canada that authorizes the public seizure of Roman Catholic churches and their wealth as reparations for “centuries of self-admitted crimes against humanity.” The law (attached) also legally disestablishes and banishes the Roman Catholic Church from operating anywhere in Canada, and nullifies taxes to the Canadian government as a “proven co-conspirator in genocide.” The National Council of Common Law Assemblies (NCCLA) issued the law today, Thursday, August 4, in response to the recent public admission by ‘Pope Francis”, Jorge Bergoglio, that his Roman Catholic church committed genocide in Canadian Indian residential schools. (Pope admits to Genocide! Breaking News, July 30: Pope’s admission of Genocide sparks arrest motion at United Nations – Murder by Decree). The NCCLA law will be used by its Sheriffs to seize Catholic Church properties across Canada in a public campaign commencing on Sunday, September 4, 2022. The NCCLA law has sparked similar moves in America, Italy, Holland, Australia, and other countries as part of a global “Defund Genocide” movement to punish the Vatican for its crimes and reclaim the wealth stolen by the church. “The law is clear when it comes to self-admitted and proven genocidal powers like the Vatican,” said Carl Redvers, a legal adviser to the NCCLA in Winnipeg. “They have no lawful right to operate, and their wealth and property must be seized to impede and prevent their criminal activities.” In response, diplomats and indigenous delegates at the United Nations are seeking the expulsion of the Vatican from the UN General Assembly. A motion to that effect will be introduced after the Assembly convenes on Tuesday, September 13, 2022. “Disestablishing the Catholic Church is a legal and moral obligation on humanity under the Law of Nations,” states a communique from the coalition sponsoring the UN motion. “If the UN does not apply the rule of international law to that Church as a proven genocidal regime, then there is no such law, and the UN is not only obsolete but an accomplice in Vatican crimes.” The NCCLA and its sponsor, the sovereign Republic of Kanata, will be holding global education and training workshops during August to prepare for the September actions. To participate and for more information, contact republicnationalcouncil@protonmail.com . Issued by the International Tribunal of Crimes of Church and State August 4, 2022. www.murderbydecree.com , www.republicofkanata.org
Unity Consciousness - What is Human...? - Thank You to All (reposted, from November 30, 2019) - 1 Eye's Blog . . .
So, I ask: Where Do You Stand? ... Thank You, K..A.. , for your work & 'Love of Humanity' ... & to PlayerFM, for sharing ... For important & enlightening reads ... get  ****  Kevin's books  HERE  **** . . .
& ... 'We Will Win' in the End  . . . Thank You Dr Len H. - on Spirituality, Water & DNA  . . .