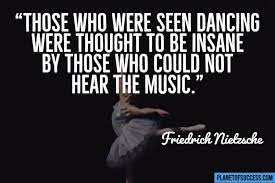 Remember . . . Dreams matter . . . & 'never stop dreaming' . . .
A story to my grandchildren, as told in the year 2070 - Thank You Olivia Mater, for sharing this great work 'starborn' & for your 'Love of Humanity' ... & to YouTube, for sharing ... An excerpt: “We are what we imagine. Our very existence consists in our imagination of ourselves. Our best destiny is to imagine, at least, completely, who and what, and that we are. The greatest tragedy that can befall us is to go unimagined.” -N. Scott Momaday.

Let us together, manifest a benevolent 'organic' (non-A.I.) reality, that serves All ... Thank You to all, 1 Eye's Blog . . .
Changing ... Our 'convoluted reality' on 'Beloved Mother Earth' - Thank You A..D.. & fellow Voyagers, for your work & 'Love of Humanity' ... & to YouTube (Voyagers), for sharing ... An excerpt: *Video Clip from The UIR (United Intruder Resistance) Michael-Mary Turnstile Matrix, 2002
Guardian Materials E'Asha A. Arhayas www.arhayas.com *Excerpt from Voyagers 1 "Sleeping Abductees" (1999)
U.I.R ... Michael-Mary Turnstile Matrix (ref: ascension glossary) . . .
United Intruder Resistance (UIR) - Thank You A..D.. & your Guardian team, for your work/books & 'Love of Humanity' ... & to odysee.com (StellerPrince-33-11), for sharing . . . An excerpt: We are on the KrystalBridge Fail-safe host 900 year ascension path as stated by Ashayana Deane & the team. This is a slightly modified but accelerated outcome compared to the standard 'Bridge Zone' project mentioned in the Voyagers Secrets of Amenti book with Ashayanas transcriptions from the Guardian Alliance.

From Ashayana's latest updates: Due to ongoing Fallen Angelic Invasion and antics with this 'Invisible War' that is going on, Earth is currently occupied by a group called the 'Fatale' who have successfully infiltrated via 'bodysnatching' and are responsible for the current Covid-19 pandemic. They have taken lead with the UIR (United Intruder resistance) with this end times drama that is unfolding.

The final outcome will still be the same, as mentioned in the Voyagers II book 'Secrets of Amenti page 462, where it states: "Between 2000-2017 Earth will make its transition from the present Fourth World of the D-3 Time cycle, into the Fifth World of the Bridge Zone and Taran ascension time cycles. Due to the Guardian’s Bridge Zone Project, the cataclysmic events originally associated with the “end times” prophecies have been largely avoided. Though there may still be warfare and geographical changes in some areas, the scale of these events will be much smaller than those foretold through ancient prophecies. There will indeed be a ‘cleansing,’ as predicted by some Native American traditions. As the Earth separates into higher and lower vibrating particle bases, Bridge Zone Earth and Phantom Earth each will be ‘cleansed’ of the other. Populations of the Bridge Zone Earth will rise to face a new dawn of evolution within the new Fifth World of enlightenment, progress and achievement. Those on Phantom Earth will not make this transition and will remain within the digressing Fourth World evolutionary cycle of a Descending Planet in the D-3 time continuum.

We are currently going through the 7 years of tribulation mentioned in the bible which otherwise mentions the opening of the seals, trumpets and four horsemen. The trumpets are regressive ET scalar wave technologies that are shaped like a trumpet that fire every year for seven years since Nov 2016 to help pull Earth into the full fall matrix via a wormhole. Guardian Alliance Chevron Burst technologies are counteracting this so to allow the KrystalBridge zone timeline to be preserved so those who choose the way of the Kryst will have an opportunity to align themselves with the positive timeline and experience ascension.

Going forward from here, we can expect more rapid Earth changes as the two worlds split and the new/old world of how we used to live in harmony with nature and one another is restored. Protect your energy, work on clearing yourself and any distortion/mutations in you.