Sunday & yesterday, I rode thru the rest of the Yukon Territory and northern BC. Very limited cell service. I'm catching up, on my blogging near Edmonton AB.. On Sunday, Rodrigo, left Watson Lake early - wanting to get to Dawson Creek, BC. by day's end (500+miles). Rodrigo rides a BMW 1200GS. Those are the "ultimate" in "Adventure Motorcycles" - the same one, "Sarge" & I tried to catch, on "the Dalton"; no chance! I knew, I would only hold him back - besides Harley's and BMW's don't see "eye to eye"! I left, half an hour later - after a "motel room coffee"; my regular routine - when there's a coffee maker in the room. I rode from Watson Lake, Yukon, to just north of Fort St. John, BC. (450 miles). It rained the entire afternoon - so hard, I had to take my glasses off, to see! I saw a lot of animals - including wild horses, many bison, a grisly, a mountain goat, a mother moose & calf, and many deer. I got many of them on video - not so many, on my cell-camera. There was little traffic; a rather unassuming, day - with great scenery.
Yesterday, the traffic picked up considerably - a lot of trucks and RV's; mostly heading north. I'm glad, I started my adventure north, in early June - with the exception, of the bad weather. I guess, you can't have everything! Even though the mountains are amazing, it was nice to ride in the Alberta foothills and then the prairies. It rained a little in the morning - but nothing like Sunday. Today, I will spend the day/night in Edmonton, visiting a family friend. Pictures - more great scenery, wild horses & Sarge sent me some pictures, of what I was missing in Dawson. 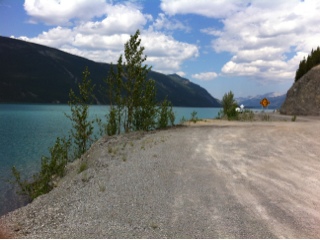 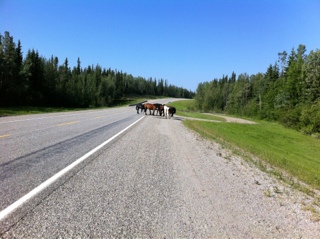 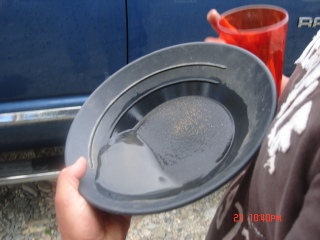 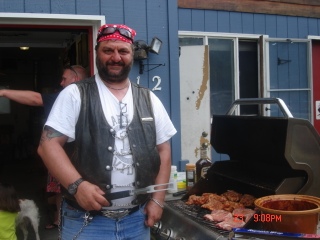 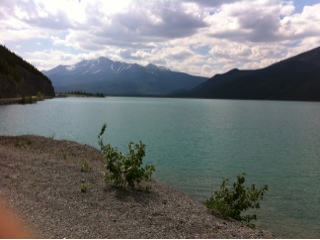