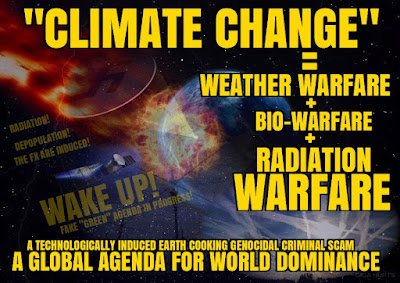 THE TRUTH GOES MARCHING ON . . .
Our Reality cannot be changed, from within the 'control systems' & entities, that created it . . .
It's time to do some 'critical thinking' . . .  In my humble opinion, I believe the First Step is to Realise (that we have been 'duped' & told 'real-lies', over millennia) ... & that We have been co-creators of this convoluted 'prison planet' reality on 'Beloved Mother Earth' - by willingly (via our mind-controlled consent) giving our power away, to these perpetrators & their 'control' systems . . . By awakening to this truth, WE can withdraw our consent to this reality, & co-create a more inclusive (Law of One) reality that serves ALL . . .
In order for us to do this, we (Humanity) must discern & 'integrate' information, ... & think out-side the box, of what the 'control systems' want us to believe . . . In doing so, we can 'connect the dots' & disarm their methodologies, by not feeding them with our (fear) energy . . . They require this (low-frequency) energy to survive (& maintain control) . . .  This is how the 'silent war', for our consciousness, will be won . . . And remember, YOU are much more 'powerful', than they are . . .  So Manifest wisely! . . .
Thank You D..T.. (StopTheCrime.net NEW) for your work, & 'Love of Humanity' & to David Zublick (Dark-Outpost) & odysee.com for sharing . . .
The Dimming (2021) ... Exposing the Global Climate Engineering Coverup - Thank You Geoengineering Watch for your work & 'Love of Humanity', & to odysee.com (QR Archive) for sharing . . .  An excerpt: GeoeongineeringWatch.org is excited to announce the release of our groundbreaking documentary that conclusively exposes the existence of global climate engineering operations.

Global climate engineering operations are a reality. Atmospheric particle testing conducted by GeoengineeringWatch.org has now proven that the lingering, spreading jet aircraft trails, so commonly visible in our skies, are not just condensation as we have officially been told. Over 75 years ago global powers committed the planet and populations to a climate engineering experiment from which there is no return. The intentional dimming of direct sunlight by aircraft dispersed particles, a form of global warming mitigation known as “Solar Radiation Management”, has and is causing catastrophic damage to the planet's life support systems. The highly toxic fallout from the ongoing geoengineering operations is also inflicting unquantifiable damage to human health. Why aren’t scientists or official sources disclosing the ongoing climate engineering operations? Who is responsible for carrying out these programs? What will the consequences be if geoengineering / solar radiation management operations are allowed to continue? The Dimming documentary will provide answers to these questions and many more. Thank you for viewing and for notifying others of The Dimming film release.All are needed in the critical battle to wake populations to what is coming, we must make every day count. Share credible data from a credible source, make your voice heard. Awareness raising efforts can be carried out from your own home computer.Dane Wigington